"These videos stand as a fresh example to consider the perennial question about an artwork's ability to communicate itself. The impressions made by the fragmented scenes in his videos offer a kind of immediate intelligibility." 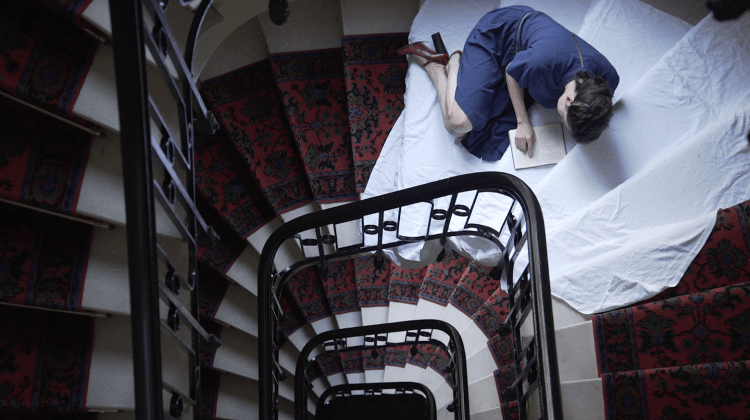 Pre-Conditioned Tracks, a video art piece, is the first solo-exhibition of works by Jerusalem-based artist Dan Robert Lahiani. Walking in to the gallery, on the first floor of the Jerusalem Artists’ House, viewers find two conjoined rooms, each with a projection of a video. The first room features Printed Circuit, the shorter of the two videos, which leaps between a number of scenes, including a laboratory with a microscope, a French restaurant, and an observatory. The strongest associational impression induced by these interweaving scenes is the desire for visual penetration. The peak expression of this desire arises when, in the restaurant, a needle penetrates an arm to extract blood.

Projected on the other wall is the second video, titled The Orphan’s Gift. While similarly leaping between parallel scenes, this video introduces a number of characters. A woman sits in a tight closet lined with packed bookshelves as she transmits aphoristic fragments in French, many of which relate to Migdal Ha’Ir, a central Jerusalem tower that is featured extensively in the video. In another scene, an elderly couple sits in a Parisian apartment, as the man asks his partner about a pigeon stuck in the chimney, she continues to deny hearing anything. Among the characters, perhaps the most prominent is Yoanna Blikman, a Jerusalem-based performance artist. Silent throughout the film, she is the only character that travels across different scenes, performing a number of imaginative acts.

Most of Blikman’s presence in the film is set either inside a stairwell or beside a tower. Next to the foundation of the tower, the same Migdal Ha’Ir mentioned above, Blikman brings a step ladder which, by the end of the film, she spins on her back to music. Inside the stairwell, Blikman walks up and down the steps in unconventional postures; she aires out a sheet in the open column between the stairs; and performs other enigmatic actions. Perhaps the most intricate of her performances in the stairwell is the setting of plates, glasses, and silverware across a number of the steps, climaxing in Blickman spinning the smaller plates against the larger ones, producing a grating noise. Furthermore, the juxtaposition of a tower and stairwell seem to suggest a nesting: the stairwell is the interior of the tower. Yet, some nuances — such as a wooden bannister and carpeted stairs — hint at the fact that the stairwell is from a more chic building than Migdal Ha’Ir, exuding an old-world European ambiance. 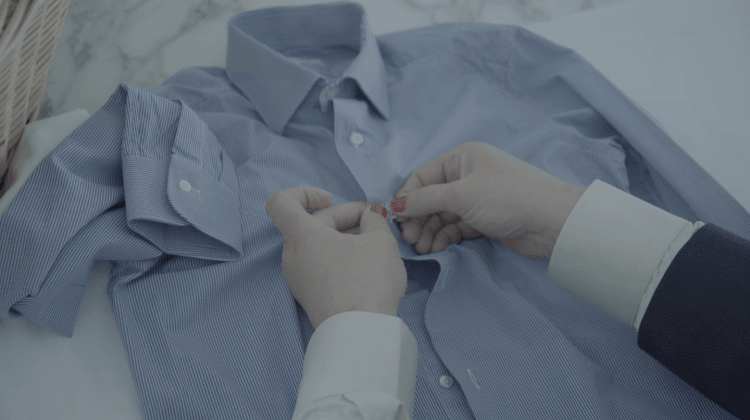 This description of scenes is far from exhaustive; yet, some thematic associations already begin to emerge. The juxtaposition of the stairwell and the tower suggest thoughts about interiority and exteriority, which also punctuated by the fragments of Lahiani’s family’s narrative released throughout the video. Moreover, the spinning of objects, performed by Blikman, parallels turbulent motions of the camera, especially as some shots of the tower begin to move and twist. Across both Printed Circuit and The Orphan’s Gift, Lahiani presents a dense complex of associational material. Even though some narrative elements emerge both within and across these videos, the intrigue of the audience peaks as the videos lure them into discovering relations between the fragmented scenes. It’s as if Lahiani has erected a number of lightning rods which, after attracting the imaginative discharge of their viewers, expose their shared hidden grounding.

These videos stand as a fresh example to consider the perennial question about an artwork's ability to communicate itself. The impressions made by the fragmented scenes in his videos offer a kind of immediate intelligibility. In other words, almost no historical or cultural initiation is required; whereas someone with no historical background might gawk at the Mona Lisa, only a basic understanding of objects — such a microscope, telescope, and needle — will allow a viewer of Pre-Conditioned Tracks to start making associational leaps. Yet, are these associational complexes the core of his work?

This question is reminiscent of the experience some people have with the famous American novel On The Road, by Jack Kerouac. Thinking of the words on the page, the novel offers readers a clear narrative that excites and instils a notably American love of travel and exploration. Yet, after having finished the book, some readers may be surprised to learn about the literary folklore and experimental literary theory that accompany On The Road. Kerouac was experimenting with writing as a “performance of mind”. Instead of individual sheets, one long rolled up ream of paper was inserted in Kerouac’s typewriter, so that he could fully immerse himself in typing the novel, which he claims to have completed in only three weeks. Beyond the short time period, this performance of mind is further expressed by his refusal to edit the text that he had written — a feat that is probably even more surprising today, as word processors enable us endlessly to leap back and forth before completing a single sentence. 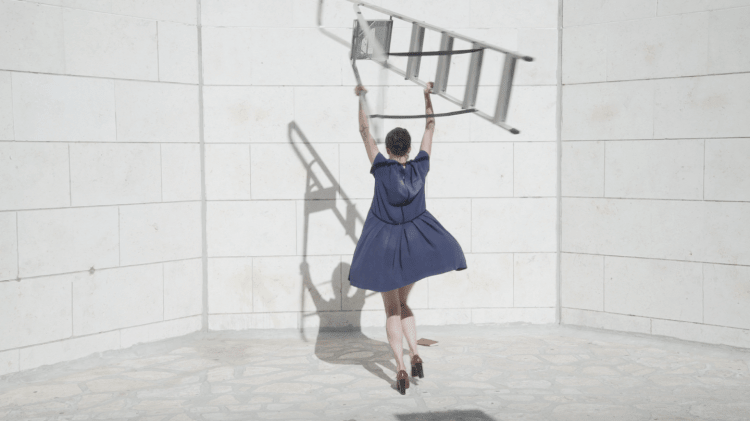 Thinking of On The Road, we can distinguish between two modes of reception: imagining the sensory information that constitutes the narrative, and imagining the processes by which the book was written. Even without the exposition of a clear narrative, Pre-Conditioned Tracks successfully intrigues attentive viewers with its leaping associational impressions. These intelligible impressions operate on a viewer similarly to a story on a reader — they tempt the viewer to grapple with the connotations and denotations related to the sensory information. Yet, Lahiani’s work also offers a kind of procedural mode of reception, which requires some information that lies outside of the videos themselves.

Between conversations with the artist, attending his artist-talks, and the curatorial statements, extraneous elements around Lahiani’s work arise. First, upon realizing that the videos document aspects of the artist’s personal history, the relationship of Israel, France, and Algeria becomes more clear. Lahiani emigrated to Jerusalem from Paris, just as his French family emigrated to Paris from Algeria. With this information, the name of the exhibition, Pre-Conditioned Tracks, highlights the artist’s struggle to realize the history, and perhaps the limits, of his own conditioning — navigating between seemingly restrictive tracks.

In the spirit of innovation, Lahiani employs what he calls the “camerá vivante” (lit. living camera). Listening to Lahiani describe this term reveals his own intuitive and associative thinking; as a videographic artist, he is interested in allowing the camera to move on its own, as if it were alive. Attempting to account for factors that could influence the embodiment of this principle would be as productive as trying to understand splattering patterns in a Jackson Pollock painting. Rather than understand, notice its effects in Lahiani’s videos.

Like the extra imagined layer of the performances of mind in On The Road, the camerá vivante allows viewers of Pre-Conditioned Tracks to imagine Lahiani’s attempt to let the camera live. What might have begun with the idea for a specific scene turns into a dialogue between the camera and the body operating it. In retrospect, as Bilkman span around at the base of Migdal Ha’Ir, she was not the only one performing; Lahiani danced his own dance, struggling to enable the camera to engage with its own preconditioned tracks.

Reviewing the procedural background of Lahiani’s work adds even more material to the dense associational complex described above. In this procedural mode, perhaps the most striking scene in Printed Circuit is that depicting the blood being drawn. Even though a viewer might have guessed that the arm from which the blood is drawn is that of Lahiani’s, what might be harder to infer is that as the blood is being taken from one arm (by his father), his other arm holds the camera. Lahiani shows us how the drawing of blood by a syringe and the recording of sensory data by a camera can occur in the same act — through, from, and by the same body. Beyond engaging with the imaginations and the intellects of his viewers, Lahiani strives to ask technological media how it wants to live, creating a new track on which to explore the potential motion of his own body.